Let's Discuss Your Case - We're Here For You.

When dealing with a family matter issue, you do not have to go at it alone. Give us a call and we can discuss the entire case during a comprehensive attorney consultation.

Let's Discuss Your Case - We're Here For You.

When dealing with a family matter issue, you do not have to go at it alone. Schedule your comprehensive attorney consultation now and we can discuss the entire case. 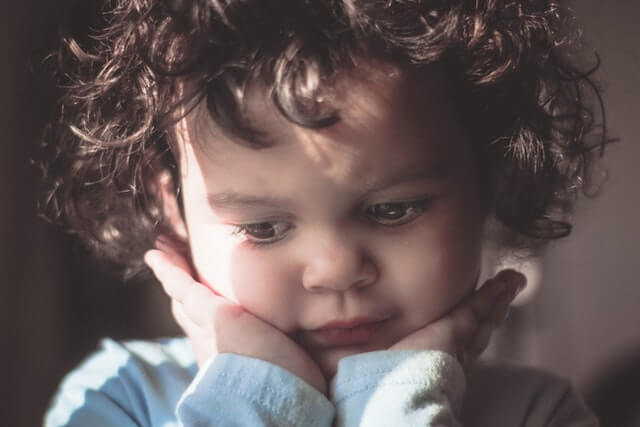 Effective January 1, 2013 Arizona has removed the term “custody” from the Family Law statutes. Parents will now be awarded “legal decision-making” and “parenting time.”

In determining how the parents will make major decisions with regard to the children, the Court can award “joint decision-making” or “sole decision-making,” or it can give one parent the right to make certain types of decisions (e.g., educational decisions) and the other parent the right to make other types of decisions (e.g., medical decisions). Parenting time can be equal, or the judge can order that the children will reside primarily with one parent and spend a lesser amount of time with the other. The final decision will be based on what the Court feels is in the “best interests” of the children.

In deciding what type of parenting arrangement will be in the children’s best interests, the judge will be guided by Arizona Revised Statutes, Section 25-403. That statute contains a list of factors for the Court to consider, including:

The factors that the Court uses in deciding whether to award joint or sole legal decision-making and parenting time can be found in A.R.S. §25-403.03.

Domestic violence is considered to be contrary to the best interests of a child. Under the newly revised Family Law statutes, Domestic violence is given increased importance. Substance abuse and alcohol abuse will also be factors that the Court considers in making an award of legal decision-making and parenting time. However, to prevent people from making frivolous claims of domestic violence and substance abuse, the Court is also instructed to consider whether a party has made false claims of abuse, or whether he or she has purposely delayed or expanded the litigation. If the Court finds that a parent has acted in bad faith in this manner, it can award the other parent sole decision-making, and give the offending party less parenting time with the children.

The Arizona legislature made many other significant changes to the existing “custody” statutes. If you would like to determine how these changes may affect you and your children, please call us today. We would be happy to meet with you for a consultation to help you learn about your rights.

Send us a message

No information that you obtain from this website is legal advice, nor is it intended to be. You should consult an attorney for individualized advice regarding your own unique situation. No attorney-client relationship is formed between Gary J. Frank P.C. and you by viewing this website.

I had a very legally and emotionally difficult case and was fortunate enough to have Mr. Frank’s legal assistance. Mr. Frank was extremely professional, reliable, and competent. He always kept me informed of my case, and he gave me great legal insights. His litigation expertise and easy disposition allowed me to be comfortable and less stressed considering the situation. Mr. Frank always treated me with respect and valued my input. I felt part of a collaborative effort rather than the usual attorney-client relationship. It was a pleasure working with Mr. Frank, and I would most definitely recommend him to my friends and family.

I would recommend your services to anyone!

I am very satisfied for all you have done for me throughout my divorce and custody cases. You listened to what was important to me and you made it your number-one priority. The safety of my children meant the world to me and you helped me keep them safe. You are excellent in the courtroom. Throughout all of my court cases and different issues with my ex-husband, you helped me stay calm and grounded. I believe in our justice system since I was lucky enough to have an amazing attorney. Mr Gary Frank, you were a godsend in many ways, and every time I look at my children and know they’re safe I thank God for finding such a great attorney. I would recommend your services to anyone! Thank you once again for all your hard work.

“I can’t tell you how much I am now enjoying my life. It sounds crazy, but I feel re-born! Of course, I have my days, but they are fewer and fewer. I spend time with family and friends and for the first time in seven plus years, I feel alive and well. I will never be able to thank you enough for all your caring and encouragement throughout this extremely stressful and challenging time in my life. I could not have managed to get through it without your support.”

A Lawyer That Cares

I chose Hannah to represent me because I know she personally invest herself into each and every client. I could tell she really cared and was ready to fight for me. When I called to schedule for a consult, Hanna received the phone call, not some lawyer’s assistant or front desk person. She has gone above and beyond what was asked of her. She knows what she’s doing. Thank you so much Hanna!

I was going through a family court case & did not have a lawyer. I needed help filling out paperwork & knowing what to do in court. Mr. Frank met with me on several occasions & helped with properly filling out all of my paperwork & informing me of the correct way to file it. He gave me his cell phone # & always returned my calls promptly.

Gary was recommended to me by a relative. I was in a long-term abusive marriage and had had enough and was ready to put an end to it. while being “ready” I was scared to death as I was someone with low self-esteem and so afraid of how my Ex would respond. Gary gave me the courage to stand up for myself and helped me work thru my insecurities so that I was able to testify in court and breath. He walked me through all the steps of what we were going to do so that I understood. he was always ready to answer any questions/concerns I had in a timely manner (and I had a lot). I have recommended Gary to several friends going thru a divorce and I will continue to do so. I can’t thank him enough for his help and what he has done for me.

When you need better than the best

It is all about passion. Whether you play baseball, run a bakery, or practice law, you will do it better if you have passion. Hanna has that passion. She helped guide me through my trying times during my divorce and custody case. Her impeccable professionalism, humanity, and understanding as well as being tough enough to get things done were beyond what I could ever hope for. I couldn’t ask for a better attorney than Hanna. She not only cared about me, she also cared about the well-being of my daughter. I would highly recommend her to anyone.

Gary and Hanna are the most amazing and compassionate attorneys in AZ. They go above and beyond and would highly recommend them to anyone! They work with you and actually care about the well being of your children vs. Money (unlike most others). I cannot thank them enough for what they have done for my own family. Angels.

Thanks From A Confident Dad

Gary, I see your LinkedIn posts every now and then and just wanted to send you a quick note.  Wow, the last 6 years have been a whirlwind.  I just want to thank you again for the support and guidance you provided to me 6 years ago.  It has made a monumental difference in my life. My son’s mother and I made the mutual decision to move (out of state) about a year and a half ago.  Ironically, we live in the same neighborhood now, we’ve got our parenting plan at about 50% time each, and we walk him to school.  We get along, and it honestly can’t be any better.  My son is now in 1st grade, and he has a brother who is a year and a half.  In the past 6 years, I’ve evolved from the scared, immature, insecure person who sat in your office to a confident father of two boys.  Your input and guidance had a lot to do with that, so, thank you.  I do miss Arizona – in due time, hopefully, I’ll be back.

To say I am grateful would not be giving you guys enough credit. I am humbled to have found you and blessed beyond words.

November 2009 I retained Mr. Frank for almost two years to represent me in a visitation modification filed by my ex-husband. Mr. Frank quickly and efficiently became familiar with my case and was very honest about all the potential results that could occur. I truly feel that Mr. Frank had my children’s best interests in mind…